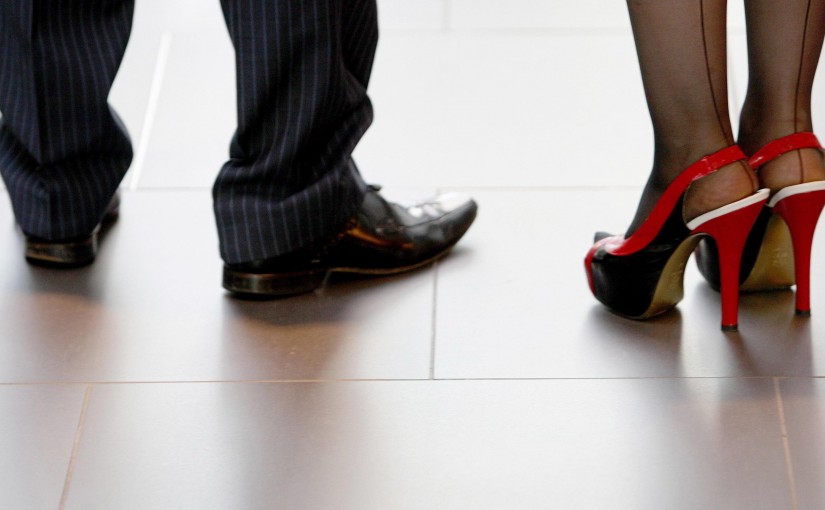 Winter prioritized bike-lane maintenance is in full swing and shows great results. Feedback from winter bicycle commuters have never been better* but there is always space for improvement -no matter how good the maintenance- and the magicians at the City of Stockholm have come with yet another trick to reach world-class status: ‘gender equal’ snow ploughing.

In 2012, the modal share for the Municipality of Stockholm was as follow: 23% chose to get around in giant steel boxes while 77% of us chose to either walk, take public transportation or ride a bicycle. But instead of concentrating their efforts on a clear majority politicians were, already in 2013, trying to make things more complex than they actually were: ‘gender equal’ snow plough was born.

Stockholm is as a modern city and needs a modern way of ploughing […] I’m sure it will spread further. Stockholm as a big city can show the rest of the world how to do this, and lead by example. – Stockholm’s shadow city commissioner Daniel Helldén of the Green Party, 2013 ((http://www.thelocal.se/20131211/snow-plowing-should-be-gender-equal-greens))

The Green Party did not think it was modern and fancy enough to have ploughing to accommodate active commuters (77%) but would rather target footpaths, and cycle paths, which are more often used by women, instead of roads, mostly frequented by men. Right.

Unfortunately, nothing really changed since that announcement and those who have had the chance to meet a service vehicle on a cycle path during winter could probably be counted on the fingers of one hand. Clearly Stockholm has not been leading by example since 2013 but this is about to change and deputy mayor and head of Stockholm’s traffic division just spoke out.

Statistics show that more pedestrians and bikers get hurt than motorists. Therefore it’s important to try to prevent these groups from tripping and injuring themselves. That is why we will prioritize the clearing and treatment of walkways and bike lanes in the future. – Daniel Helldén, deputy mayor and head of Stockholm’s traffic division, 2015 ((http://www.thelocal.se/20150116/stockholm-to-get-gender-equal-snow-ploughs))

Obviously this revolutionary idea will require intense thinking and thorough planning before it is implemented. We’ll have to wait until November 2015 and then… we’ll be BACK TO SQUARE ONE.