The least we can say when looking at these 5 drawing from 1962 is that Jean-Jacques Sempé (a French cartoonist) saw it coming. Each of the illustrations shows a “proletarian” (left) and a middle-class person (right) going to work. And as time goes by… 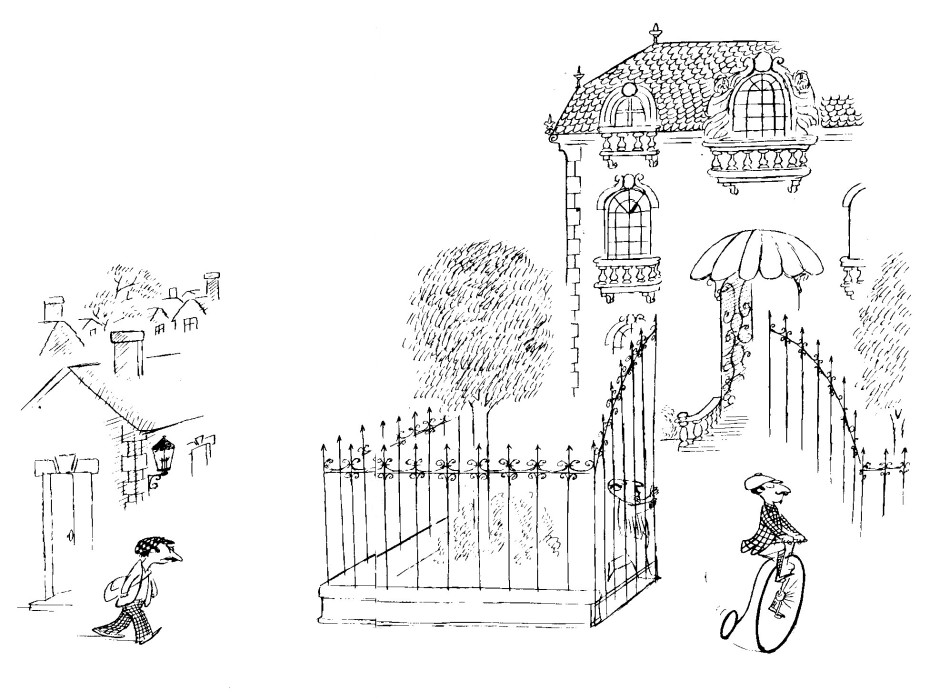 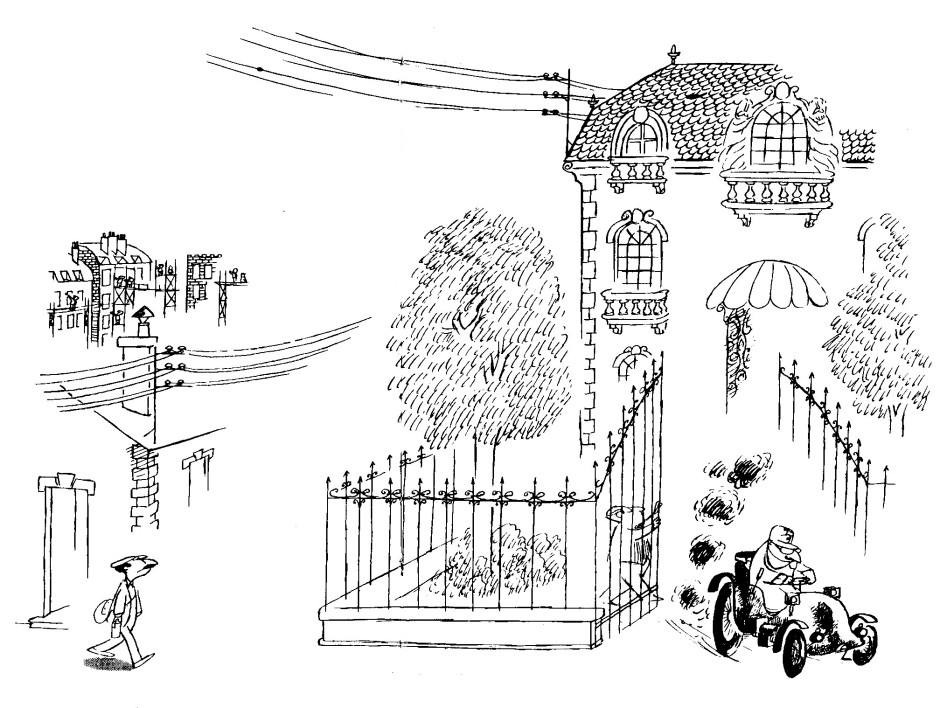 cycling & driving an even bigger car 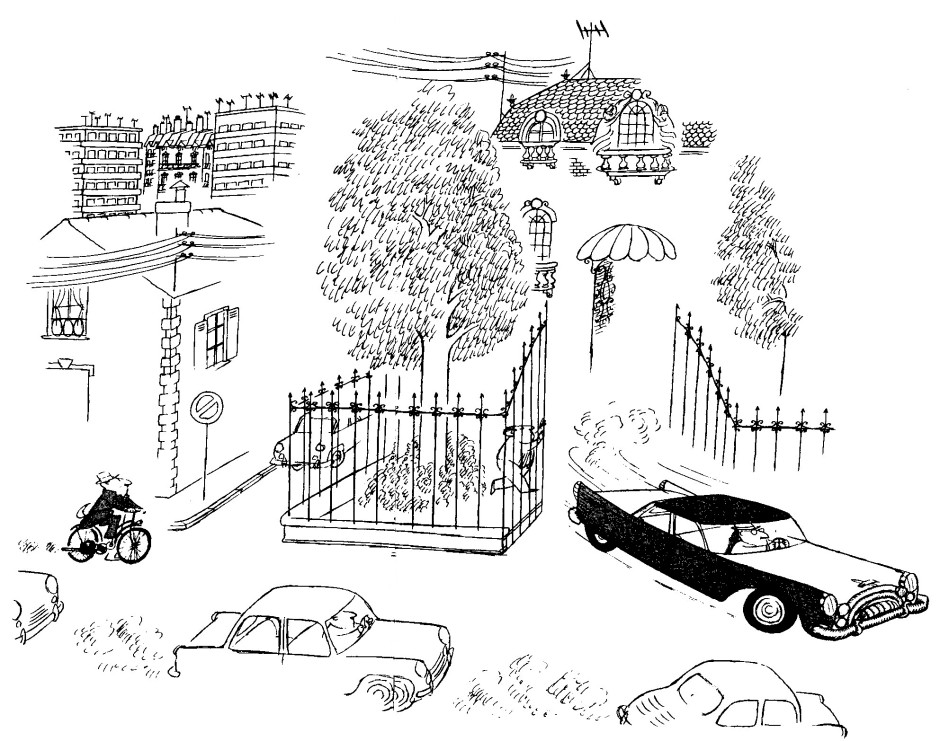 riding a moped & driving an even bigger bigger car 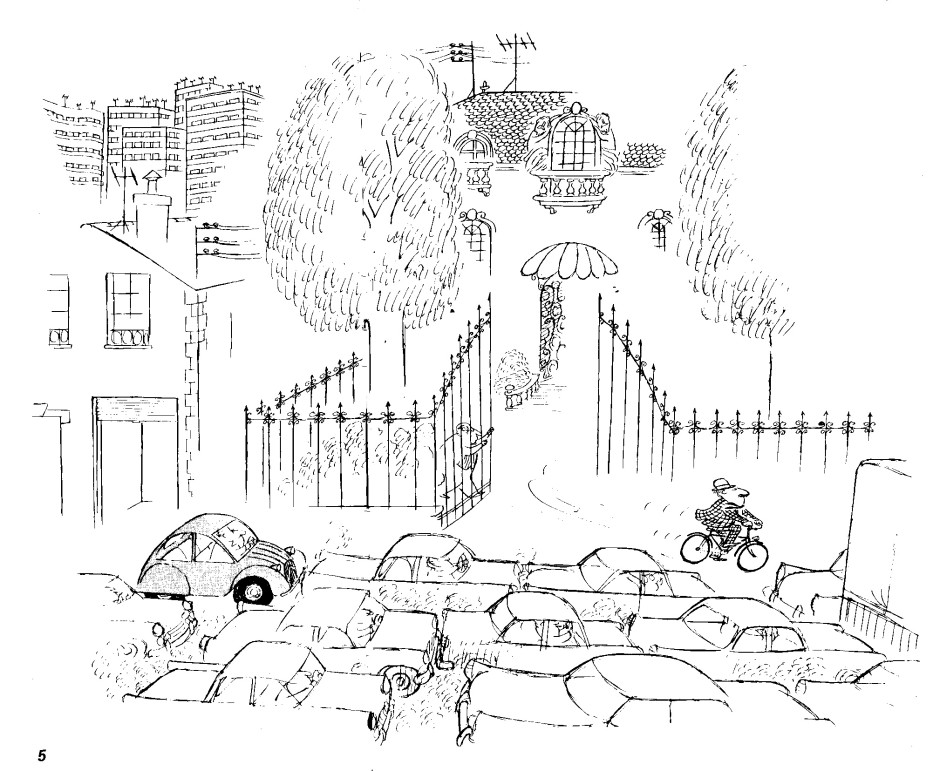 After years of hard labour and social progress the “proletarian” (like a good deal of the population) could finally afford a car but the comfort and freedom the automobile cartel (manufacturers, politicians, …) promised were long gone…

What do you say? Did we end up in the situation Jean-Jacques Sempé had in mind more than half a century ago or was he completely wrong?

Jean-Jacques Sempé, usually known as Sempé (born 17 August 1932 in Bordeaux), is a French cartoonist. Some of his cartoons are quite striking, but retain a sentimental and often a somewhat gentle edge to them, even if the topic is a difficult one to approach. He once drew a series called Le petit Nicolas, starting it in the 1950s, but he is best known for his posterlike illustrations, usually drawn from a distant or high viewpoint depicting detailed countrysides or cities. – Wikipedia