After The Invisible Bicycle Helmet short documentary the new film project from Swedish film director Fredrik Gertten is once again about the awesomeness of bicycles: bikes in a sadly-but-true-booming-car-sales-world or Bikes vs Cars will be released in 2014. Until then we’ll have to live with a 3 minutes and 29 seconds trailer.

Bikes vs. Cars, a new film project from BANANAS! * and Big Boys Gone Bananas! * director Fredrik Gertten. Climate change and the daily frustration of being locked up in a car frustrate people more than ever. People in cities around the world take on the bicycle as a Do It Yourself tool for change. But still: Car sales are booming. 1 billion cars today. 2 billion in 2020.

Join the movement and make the documentary come to life: pledge to the project on kickstarter. 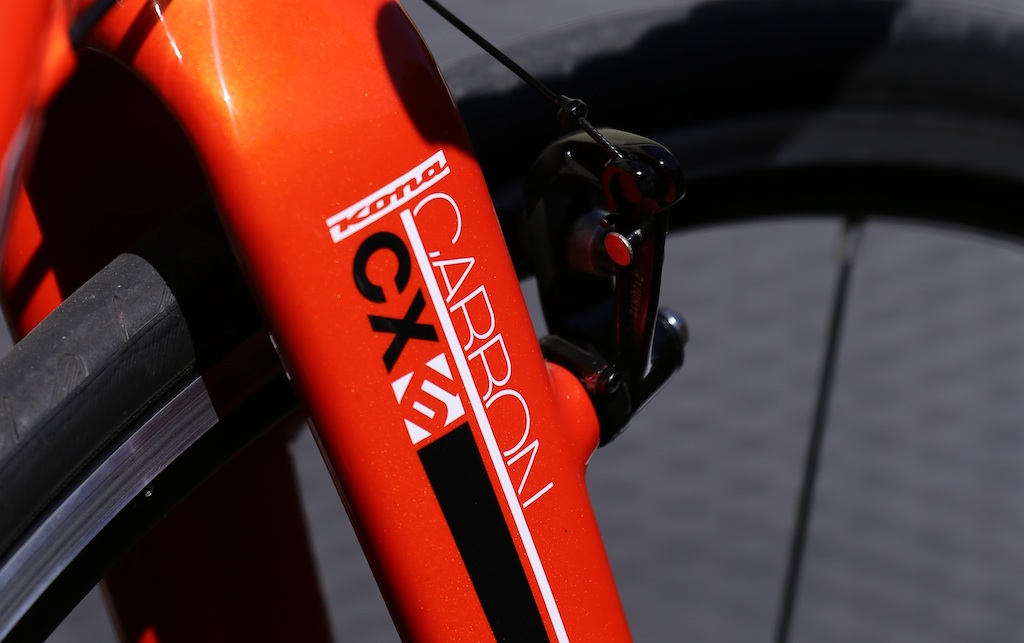 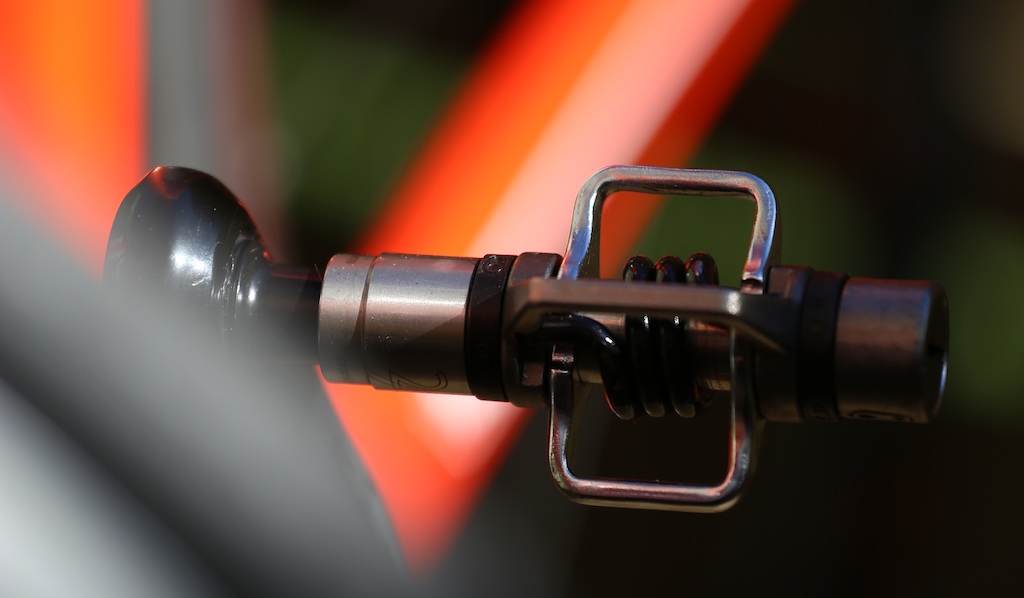 Not a single day goes by without brands using bicycles as marketing weapons: bicycles are cool, environmentally friendly, trendy and *insert-the-adjective-of-your-choice-here* and, I have to give them that, they sure do look nice.

I’m not sure who shot first but IKEA was the quickest to reach my mailbox, only a couple of days before Mio. The Swedish giant furniture retailer rides the bicycle cycling green wave and suggests you put your single-speed or fixed gear bicycle right on top of a white shelf. Red rims and a blue frame would be better whether you want to match colours with the cubes. Youthfulness at a low cost. Fresh and shiny. Like your hipster beard.

But if you’re a bit older and have put the single-speed and tight jeans days behind you Mio, a smaller but slightly more high-end retailer, offers an alternative for your Bianchi road bike: with a more advanced setup Mio suggests you hang your Bianchi bicycle on the wall creating an airy and more mature feeling. A bit more expensive. Sober and gloomy. Like your performance on Strava.

But unless you only ride the bike from the front door to the living room and back neither IKEA nor Mio offers a decent alternative for people who use their bicycles outdoors. It’s quite disturbing that these two Swedish companies haven’t heard of rain, snow and other joys of the Swedish climate that make cyclists think twice before they bring bikes into their homes: only people who don’t care about snow melting and rusted chains dripping on the carpet do so I believe.

Fixed gear or road bike? Tell me what you ride and I’ll tell you what your living room should look like! Just don’t ask me, I don’t keep my bikes by the sofa. Please.

So there I was having a coffee this morning when my two week old daughter sent me a link (she knows the topics I’m interested in so she reads the news first and only forward some of it to me) to a news article ((http://www.svd.se/nyheter/inrikes/polisen-jagar-fartsyndare-pa-tva-hjul_8424452.svd)) in which cyclists are once again depicted as urban criminals.

They probably would have remained unnoticed and dismissed if it was for robbing jewellery stores at gun point or setting cars alight to then throw stones at firefighters but the situation on the streets with bicycling cyclists has gone crazy for real and Swedish police has to intervene on a weekly basis!

Swedish police set about clocking the speed of cyclists in central Stockholm this week, but as every single biker was over the speed limit the officers only managed to apprehend and fine 15 of them […] The street has a low speed limit of 7 kilometres an hour for bikes, but the officer said that every single cyclist whose speed they measured had been going faster than that – posing the problem of apprehending them in time before they scooted off. ((http://www.thelocal.se/49658/20130815/))

Yes, you read it right: cyclists in Stockholm ride faster than 7 kilometres an hour and that is NOT okay! Götgatsbackan might be wide enough to accommodate a bike lane and a pedestrian zone but while the City of Stockholm gathers the courage required to paint a one hundred meter white line cyclists will just have to make sure they ride slow and keep clear from fashion-shopping-café-latte-drinking pedestrians (if she was a bit older I guess my girl would already be done with the job but – at her age – she is as good at holding a brush than the city employees).

And so until the lane is drawn the only solution 2013-Stockholm can come up with is giving tickets to speeding cyclists: 7 kilometres an hour is probably as slow as you can get on a bike before you fall but it’s a speeding situation here in Stockholm. And – sadly enough – it seems to please pedestrians who fear for their life at rush hour because they can’t be bothered with looking left and right before crossing the road, too busy talking on the phone, drinking coffee or struggling with all those bags from H&M.

What people seem to forget is that cyclists riding 10 kilometres an hour are definitely causing fewer few lesser less damage to street life and pedestrians’ health than all those cars still going with studded tires (yes, studded tires in August) a hundred meters from Götgatsbackan.

Ladies and gentlemen, studded tires have be banned from Hornsgatan for several months but drivers are still charging the air you breath with particles that will give you lung cancer! Has anyone of you called the police because you’re scared of that? I’m not so sure and I haven’t read about it at least since newspapers are not helping either and have been pretty busy fuelling the street war going on between pedestrians and cyclists.

I just got to tell Swedish police, the City of Stockholm, newspapers and regular citizens who want their streets back, safe and fun: it’s time to wake up and focus on the real problems! Let the social street life be, people will learn and live together. Just get rid of the real crap already.

I’ll leave you to that because I need to feed the girl so she gets stronger quickly and can start working on that bicycle path. I’m pretty sure a similar story will hit the news soon but until I’m back just remember: ride slow and try not to hit a pedestrian in your fall. 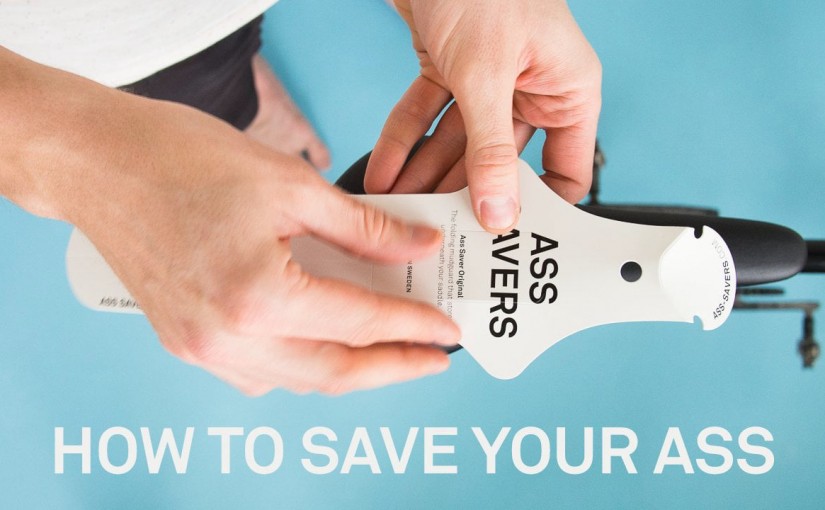 I’m giving away a black smartass from ass-savers.com to the person who will give the closest answer to the following question: what distance am I going to cycle in August? To enter the competition and save your ass just leave a reply below. 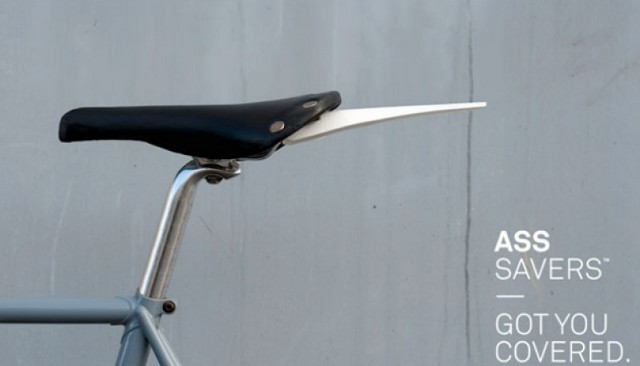 The emergency mudguard that’s there when you need it and gone when you don’t – ass-savers.com

The winner will be contacted by email (so make sure you leave a valid address) and announced here during September.

Result. The right answer was 129.14 kilometers and the smartass goes to Ricky Albores with 69.69 kilometers. Congratulations!

Bicycle commuting business as usual last month (no vacation) and with my eyes on the bicycle computer screen and my fingers on the laptop keyboard I’m now typing the figures from July, 2013. Wireless. Pretty advanced stuff.